Today the Wall Street Journal has a great article on the importance of being likable at work if you want to get ahead, get a raise, and have people listen to you and your ideas. Below is the article and click here for the link.

“Likability” is becoming a bigger factor in the workplace and for overall business success as social networking and video-conferencing grow. The impact goes beyond a high-school popularity contest. The ability to come across as likable is shaping how people are sized up and treated by bosses and co-workers.

Likable people are more apt to be hired, get help at work, get useful information from others and have mistakes forgiven. A study of 133 managers last year by researchers at the University of Massachusetts found that if an auditor is likable and gives a well-organized argument, managers tend to comply with his suggestions, even if they disagree and the auditor lacks supporting evidence.

Likability is more important—and harder to pull off—on video than in person, but is crucial to master to achieve business success. Sometimes this can result in a style-over-substance effect. People watching a speaker on a videoconference are more influenced by how much they like the speaker than by the quality of the speaker’s arguments, according to a 2008 study in Management Science. The opposite is true when a speaker appears in person. The use of personal videoconferencing is expected to grow 47% annually through 2017, according to Wainhouse Research, a Boston market-research firm. 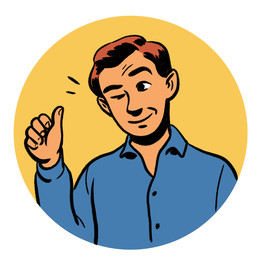 Authenticity | To be more likable, behave in a way that feels natural and comfortable, rather than stiff or self-absorbed. Kyle T.Webster 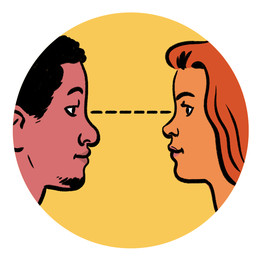 Curiosity | Show interest in others, make eye contact and ask questions about others’ opinions and activities. Kyle T.Webster 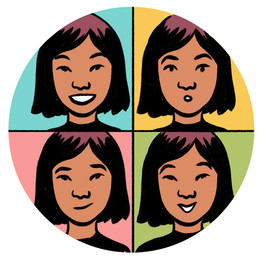 Expressiveness | Vary tones of voice and smile, and show enthusiasm about what you’re saying—even more so in a videoconference. Kyle T.Webster 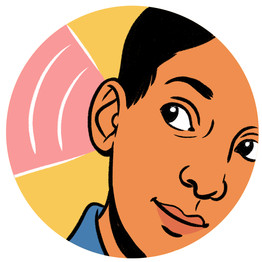 Listening | Focus on what others are saying and show that you are listening carefully, rather than getting distracted. Kyle T.Webster 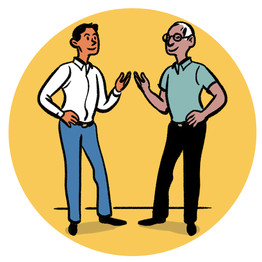 Mimicry | Mirror the expressions or posture of the person you are talking to, in order to create a sense of familiarity. Kyle T.Webster 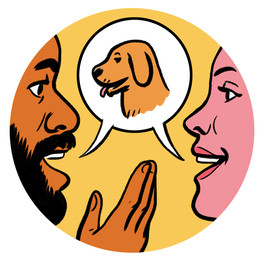 Similarity | Actively try to find topics of interest you share with a listener, rather than talking only about what interests you. Kyle T.Webster

Social networking also places a premium on likability. More employers track employees’ likability on in-house social networks and chat services. They recruit those who are trusted and well-liked to spread information or push through changes. Some companies take these employees’ social clout into account when handing out raises and promotions.

Listeners tend to like speakers who seem trustworthy and authentic, who tell an engaging or persuasive story and who seem to have things in common with them, says Noah Zandan, president of Quantified Impressions in Austin, Texas, a provider of communications analytics. On video, these qualities can be hard to convey.

Many people make a negative impression on video by becoming stiff and emotionless, or by exaggerating their points. “Overacting is rampant. It’s easy to go Ryan Seacrest when the red light goes on,” says Tim Sanders, author of “The Likeability Factor” and a lecturer on the topic.

Job applicants interviewed on video receive lower likability ratings and interview scores, and are less likely to be recommended for hiring, than candidates interviewed in person, according to a study published last year in Management Decision.

But coaches say that likability can be taught. “Likability isn’t something you are born with, like charisma. It’s something you can learn,” says Ben Decker, chief executive officer of Decker Communications, San Francisco, a training and consulting firm.

The “big three” behaviors most important to a speaker’s likability are making eye contact by looking into the camera, smiling naturally when you talk and varying your tone of voice to convey warmth and enthusiasm, Mr. Decker says. To show the importance of nonverbal cues, he has clients role-play on video the first few minutes of an imaginary conversation with a client—then watch themselves with the sound off.

Mr. Decker also urges clients to “really think about the listener” and figure out goals he or she might share with you. The ability to find common ground with others is a cornerstone of likability and goes very far when trying to achieve business success.

Melissa Temple-Agosta has her salespeople take Decker training partly so they learn to come across as warm and engaging in training videos. Many were likable in person, but “when you put them in front of a camera, they froze,” says Ms. Temple-Agosta, assistant vice president, education and training, for Urban Decay Cosmetics, Newport Beach, Calif., a division of L’Oréal. Employees learn to think less about their appearance and more about how to forge a connection with listeners.

Senior executives at Charles Schwab & Co. take the training partly because “making sure you come across as authentic and as someone who can be trusted becomes more important” when speaking to large groups on video or webcasts, says Jay L. Allen, executive vice president, human resources, for the San Francisco-based financial services firm. Managers also learn to speak with more enthusiasm on video, varying their tone, Mr. Allen says.

It is important to get to the point quickly on video, because viewers’ attention span is short, Mr. Sanders says. Research shows that watching people on video imposes mental demands, called “cognitive load” by scientists, that make it harder to avoid distractions and process what is said.

Mr. Sanders suggests paying special attention to others’ facial expressions in videoconferences, stopping the conversation to acknowledge their feelings if necessary. Empathizing with others’ feelings creates a sense of connection.

A common mistake people make on video is to play the comedian. Mr. Sanders says: “If you insist on poking fun at someone, it has to be you.”

0Shares
About the author